How I Earned More Than $3,000 with Adsterra using Facebook 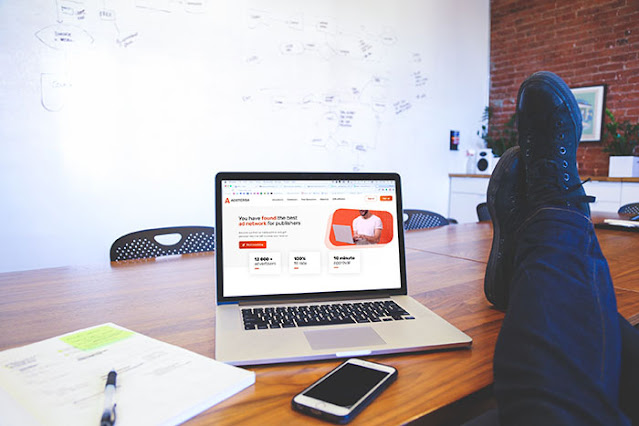 It was not simple, and it was most definitely not a single day's work. And this is not from a single Adsterra account. However, some people have earned more than $5,000 in just a single account.

The technique was as follows:

Another method was via the use of Facebook Ad Manager. You go to Facebook > Ads Manager > create an ad (Note that the ad contains the landing page with Adsterra direct link ads).

It seems to be simple, but it is not, and Facebook sometimes rejects my ad campaigns, disables my FB accounts, and so on. Nonetheless, this is what I earned:

See the image below from my Adsterra Dashboard. And some accounts still have balances. 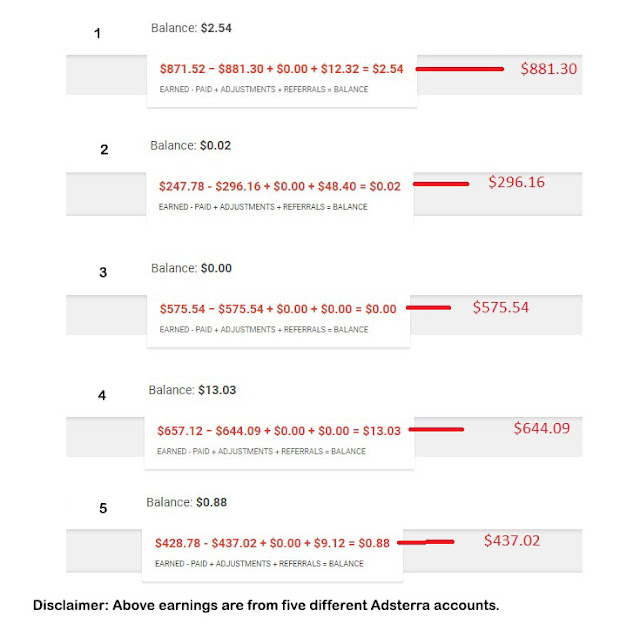 Adsterra is a Cyprus-based premium advertising network. It began in 2013. This advertising network is growing. It operates in over 248 countries and generates over 25 billion monthly ad impressions. We can simply determine the size of this network by looking at these statistics.

Adsterra, on the other hand, reviews websites before approval. However, there are no limits on the amount of traffic that websites may get.

How I Earned More Than $3,000 with Adsterra using Facebook

To begin, you must create an account on Adsterra. If you're interested in becoming a member of the Adsterra Network, you can sign up here using this link: https://publishers.adsterra.com/referral/ALvu7aNppD

Once authorized, go to the Direct Link Menu in your Adsterra dashboard to get a direct link code.

And then the anti-Adblock solution will be requested. This code includes several advertisements for various verticals.

Second, you'll need a domain. You may also utilize free hosting services such as Blogspot, however, they will always get you blacklisted. Although it seems as if Facebook does not like bloggers, it works with a few adjustments.

However, you may visit Namecheap.com and purchase a domain name for $2 (example: mzansi. XYZ domain) as well as the first month of hosting for $2. To build a simple landing page website, you do not need to be a web designer. All files will be installed automatically, and you may begin working immediately.

However, if it proves difficult, there are simpler alternatives. You may use bio link sites, such as this one here - videoosa.xyz

Create a landing page with fake player buttons and multiple fake download buttons. Then copy and paste your direct Adsterra ad URL into your fake player and buttons.

Thumbnails with a play button and a mild sexual context, in my experience, get more clicks. However, the possibility of being banned by Facebook is greater. It's a matter of luck.

With this trick, you need to look for Facebook groups with more than 100K members and join them. Remember, the best countries with the highest CPM's in Africa are South Africa and followed by Kenya. But for me, I usually prefer South Africa.

What you have to do is create a caption post and publish it in that group with the link to your landing page. Remember, the idea is to get people to visit your landing page where there are ads from Adsterra. The more the ads are clicked, the greater your earnings become.

Related Post: how to earn money by using google adsense

This one is the best but not easy either. Because you need several Facebook accounts with business accounts created.

And for this method to work and get traffic to your landing pages you need to launch a Facebook Ad campaign.

Hope you know how to do it if not, I will explain how its done, in a few second, just stay with me and I will give you the instructions.

At first, it's hard, but as you go and learn it’s easy as eating a piece of cake.

How to create the ad campaign.

However, if you try this today you will receive this message "You're restricted from advertising You can't run ads or manage ad accounts." but it depends on the age of the account too. After entering into the Ads manager section, all you have to do is create a new ad campaign. Then Click on Traffic because that's what we need for our landing page. 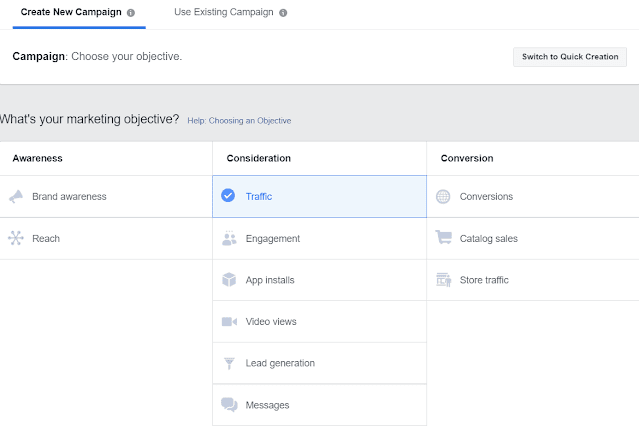 Scroll down and fill in the campaign details. But here the key ingredient is to use the following targetings: The Best part here is to make your ad tempting to the people you are targeting. Remember, using picture images with a play button and a mild sexual context, or beautiful girls pictures in my experience, get more clicks.
However, the probability of being banned by Facebook is greater. It's all due to luck.
Then add a link to your landing page which contains the ad codes, and a good caption for your images to capture people's attention towards your advert.
The next process will be filling in your billing method and add your payment card to run the Facebook ad campaign.
Don't spend more than $5 to $10 on a single campaign. If you invest more in Facebook, you get fewer clicks for some reason.
Here is a sample of how the ad campaign looks like. 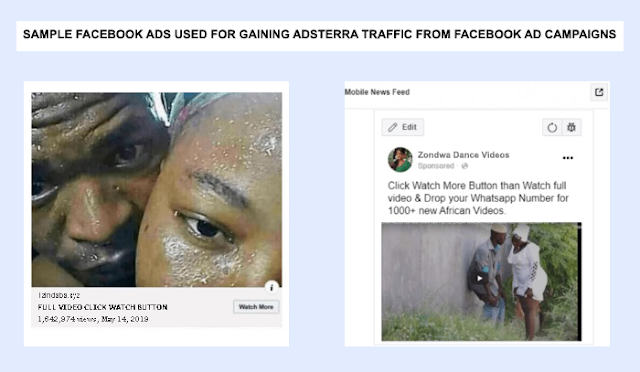 Bare this in mind, not everyone who clicks on your Facebook ad will also click on your Adsterra direct link advertising. It's perfectly natural.
If you are lucky enough to receive a conversion rate of more than 78% to 85% from Facebook clicks to Adsterra impressions then that's great.
Recommended Articles
However, if things aren't working well. Try to change your landing page or change the player's picture and buttons, move them around, make them bigger, make them flash, and so forth.
Sometimes it's best to talk to your Adsterra manager and try to direct good performing ads to your link for better CPM and earnings.
If you want to give it a shot, please use this link to register; https://publishers.adsterra.com/referral/ALvu7aNppD
Final Thoughts.
First of all, to get a good result and earn a decent amount you have to make sure you can provide daily traffic of over 1,000.
On the other hand, having several Facebook accounts with 1-2 campaigns running at the same time is the best strategy and can give you a good return.
Apart from that, it's not an easy thing too if it was easy everyone could be doing it. However, there are people I know who have earned up to $10,000 in one month with these tricks.
Also Read: Best way to Make Money with Adsterra in 2022 and here is how I did it