You've found the perfect job and you're interested. Now you can use Connects to boost your proposal to the top of the list with boosted proposals. 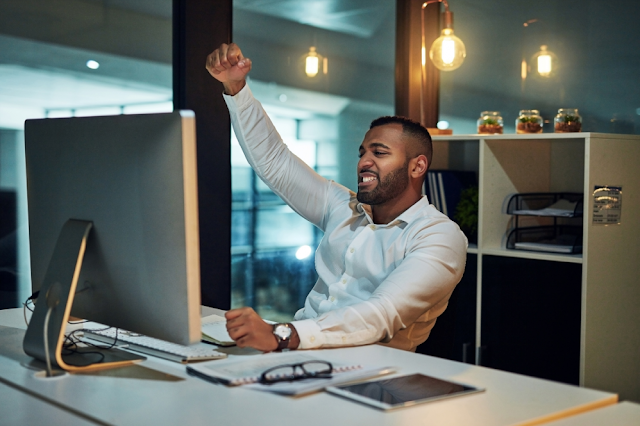 A new method for you to leverage your Connects is being tested by Upwork, and it will allow you to make your proposals stand out even more to customers. This is the brand-new function that enables you to give your proposal an extra push.

The boost your proposal option spends your connections to bring your proposal to the top of the proposal queue, which is beneficial. The bidding process is similar to that of an auction, thus spending more connections increases your chances of winning the bid. In addition, if you are selected as the winner, your idea will be moved to the top of the queue, branded with a lightning bolt symbol, and labeled as "Highly Interested."

What is the procedure? The steps are as follows:

You come across a job posting that is an excellent fit for your qualifications and expertise.

If you are serious about the work, you may submit a bid in order to "boost" your proposal. (This is always optional, and customers will still get your proposal even if you do not increase the font size.)

As a Boosted Proposal, you may specify the maximum amount of Connects you are prepared to pay in order to earn one of the top positions.

See the outcomes of the auction.

The Upwork system will highlight your proposal to the customer by adding a "Highly Interested" symbol with a blue lightning bolt if you've bid enough (i.e., more than other freelancers). If your proposal is outbid, it will either not be advanced or will be pushed to the bottom of the list.

Here is the scenario:

If a job post allows for 3 boosted proposals, the top 3 bids will win those slots, and the final cost will be set by the lowest of those 3 bids.

So if you spent 7 connects to boost a proposal, and the lowest of the top 3 bidders spent just 5, you’re in! Plus, you’ll receive a refund of 2 Connects to match the cost of the lowest qualifying bid.

Related: How to write a killer proposal on Upwork as a newbie

What if you'd only bid three connects rather than five? No worries! Your proposal won’t be boosted, but it will still show up for the client just like a regular proposal, and you’ll be refunded all the additional Connects you spent to boost your proposal.

You can watch this video guide bellow for better understanding of how it works.

How to place a bid to boost your proposal

Related: How to get started with Upwork and make money

When I boost a proposal, what does the client see?

The customer will notice a blue lightning bolt symbol with "Highly interested" next to your name if your offer is high enough and your proposal is pushed to the top position. 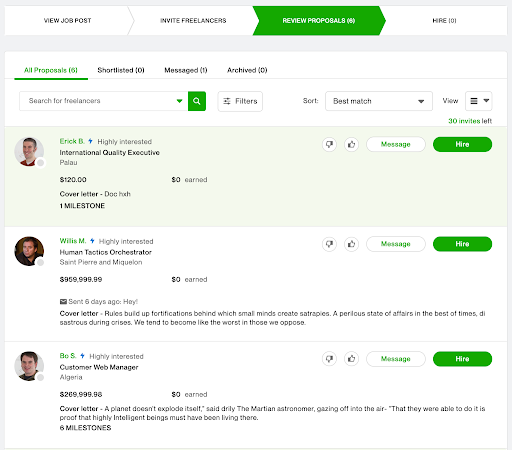 How are boosted proposals separated from the client's view?

My point of view on this new feature:

I have tried the feature myself, and it seems like a great idea for new freelancers to stand out from the competition for people with great portfolios and higher reviews. But lots of freelancers seem to be disappointed with the new update.

Most of the people against the proposal boosting feature believe that hard-working and experienced freelancers send their proposals only to those jobs which they think are best for them, so they don't need any blue lightning or anything like that.

Apart from that, there are other factors, which are the profile, feedback, and portfolio. They are also equally playing a role for clients in deciding who to hire, so organic is the best way.

However, many freelancers who are complaining about this feature fail to realise that Upwork is interested in making more money. The boosting feature will encourage people to buy more connections and that's where Upwork makes business.

There is a lot of debate in the Upwork community regarding this new feature being tested. Are you an Upwork freelancer? What do you think of this new feature? Let us hear your views in the comment section below.

Adsterra,2,Articles,11,Blogger Templates,1,Blogging,12,Business,1,Business-Ideas,1,Digital Marketing,7,Editors-Choice,9,Education,2,Featured,7,Featured Updates,3,Fiverr,8,Freelancing,36,Gig Economy,3,Google AdSense,1,Insurance,4,JKT-Selection,1,Jobs,5,Make Money,15,Mental Health,1,Money,1,PeoplePerHour,1,SENSA-2022,4,student-portal,1,Tender,1,Tunzaa,1,Upwork,7,
ltr
item
KIDIGITALI - Freelancing and Digital Marketing: How to Boost Your Proposal on Upwork to the Top of List
How to Boost Your Proposal on Upwork to the Top of List
You've found the perfect job and you're interested. Now you can use Connects to boost your proposal to the top of the list with boosted proposals.
https://1.bp.blogspot.com/-RYwFQ0851nQ/YVg2cMNBaLI/AAAAAAAAAlU/ZZfBY7ZUS04pRCJUrLaF_s-DT3huSzZmwCNcBGAsYHQ/w640-h426/Sample-image-998x665.png
https://1.bp.blogspot.com/-RYwFQ0851nQ/YVg2cMNBaLI/AAAAAAAAAlU/ZZfBY7ZUS04pRCJUrLaF_s-DT3huSzZmwCNcBGAsYHQ/s72-w640-c-h426/Sample-image-998x665.png
KIDIGITALI - Freelancing and Digital Marketing
https://www.kidigitali.com/2021/10/Boost-Your-Proposal-to-the-Top-of-List.html
https://www.kidigitali.com/
https://www.kidigitali.com/
https://www.kidigitali.com/2021/10/Boost-Your-Proposal-to-the-Top-of-List.html
true
2766675496041455703
UTF-8
Loaded All Posts Not found any posts VIEW ALL Readmore Reply Cancel reply Delete By Home PAGES POSTS View All RECOMMENDED FOR YOU LABEL ARCHIVE SEARCH ALL POSTS Not found any post match with your request Back Home Sunday Monday Tuesday Wednesday Thursday Friday Saturday Sun Mon Tue Wed Thu Fri Sat January February March April May June July August September October November December Jan Feb Mar Apr May Jun Jul Aug Sep Oct Nov Dec just now 1 minute ago $$1$$ minutes ago 1 hour ago $$1$$ hours ago Yesterday $$1$$ days ago $$1$$ weeks ago more than 5 weeks ago Followers Follow THIS PREMIUM CONTENT IS LOCKED STEP 1: Share to a social network STEP 2: Click the link on your social network Copy All Code Select All Code All codes were copied to your clipboard Can not copy the codes / texts, please press [CTRL]+[C] (or CMD+C with Mac) to copy Table of Content